Set amongst the rolling Scottish hills about a 45-minute drive from Glasgow city center you’ll find the Glengoyne distillery. With large white warehouses covering both the left and right-hand side of the road you won’t miss it.

The visitor’s center is located at the backside of the property, which leads up to the hills and the Glengoyne waterfall. Back in the days this waterfall supplied the water used to make the whisky. These days the water is only used in the cooling systems. Thankfully it doesn’t end up in your glass, as it is pretty murky.

Our tour started in the upstairs room of the visitor’s center, which is laid out with classic wooden furniture and a bar. The only thing missing was a roaring fire and everyone smoking cigars. It was here we were introduced to our kilt wearing tour guide and given a sample of the Glengoyne 10 year old. This beautifully warming dram went down a treat as the typical Scottish weather meant it was of course pouring down with rain outside.

We sipped Glengoyne’s youngest dram as we were introduced to the team behind the great whisky via a short film. Our particular tour guide was extremely informative and filled us in on further details about the distillery after the film had finished. We also learnt that the saying “slàinte mhath” is a Gaelic toast meaning ‘good health’.

After finishing our whisky we were escorted through the property towards the main production area. Unfortunately when we were there, there was not a lot of whisky ‘making’ to see except for sticking our noses into the large wooden barrels used for the first stage of turning the ingredients into alcohol. It was also crapy that we couldn’t take photos however I am sure that was for a good reason. I wouldn’t want to blow up the facility now would I? I have to admit though, that it wouldn’t be a bad way to leave this world.

It was also interesting to find out that Glengoyne were actually the distillery behind the innovation of the whisky safe. This is a padlocked apparatus, which is used to cut off the ‘heads’ and ‘tails’ (the first and last runnings of the still, highly volatile and must be re-distilled) of the distillation. As the spirit is sitting at an ABV (alcohol by volume) of around 60-80% it is highly important that the spirit is handled correctly, you don’t want to upset the alcohol taxman after all. Also a spirit at such a horrendous level can be quite damaging to ones health I am sure.

The 60-minute tour is concluded in the cozy distillery shop with a lovely little sample of the sherry cask matured 17-year-old. I have to quote my boyfriend on this one as he thought the 17-year-old, “tasted soapy”. I have to admit that I did enjoy the 10-year-old a lot more.

The shop is full of goodies and if I had the dosh I would of definitely spent a bit. You can even fill your own bottle, which would be a great gift idea. I did enter the draw to win a bottle of their 1972-dram – they only have a couple of bottles left. So fingers crossed that comes through for me and then I’ll let you all know what its like. I’m a good samaritan like that. Have you come across the Perricoota wine region yet? You’ll find Perricoota in the cooler southern end of NSW on the Murray River. St Anne’s Winery produces a number of wines from vineyards throughout Victoria and New South Wales. In the Perricoota they have the largest plantings and production in the region. I recently received… Happy International Cabernet Day! The Hardys Wines HRB range is unique because the wines are made from grapes which are blended from different regions. It was Thomas Hardy who in 1865 started these regional blends and it’s great to see Hardy’s continuing on the history. My wine socks (see below) weren’t the only things we bought at Puddleduck Vineyard in the Coal River Valley in Tasmania – we were also quite partial to their 2018 Riesling for $30. We visited the cellar door on Easter Sunday and it’s safe to say it’s a hot spot for locals and visitors –… I just have to say, I’m loving your portfolio right now Vino Bambino! Mark and the team recently sent me a few samples over to try and each wine is really hitting the spot! Thanks guys! This one here is a 2016 Vermentino from Vigna Bottin Wines in McLaren Vale, South Australia. I matched it… 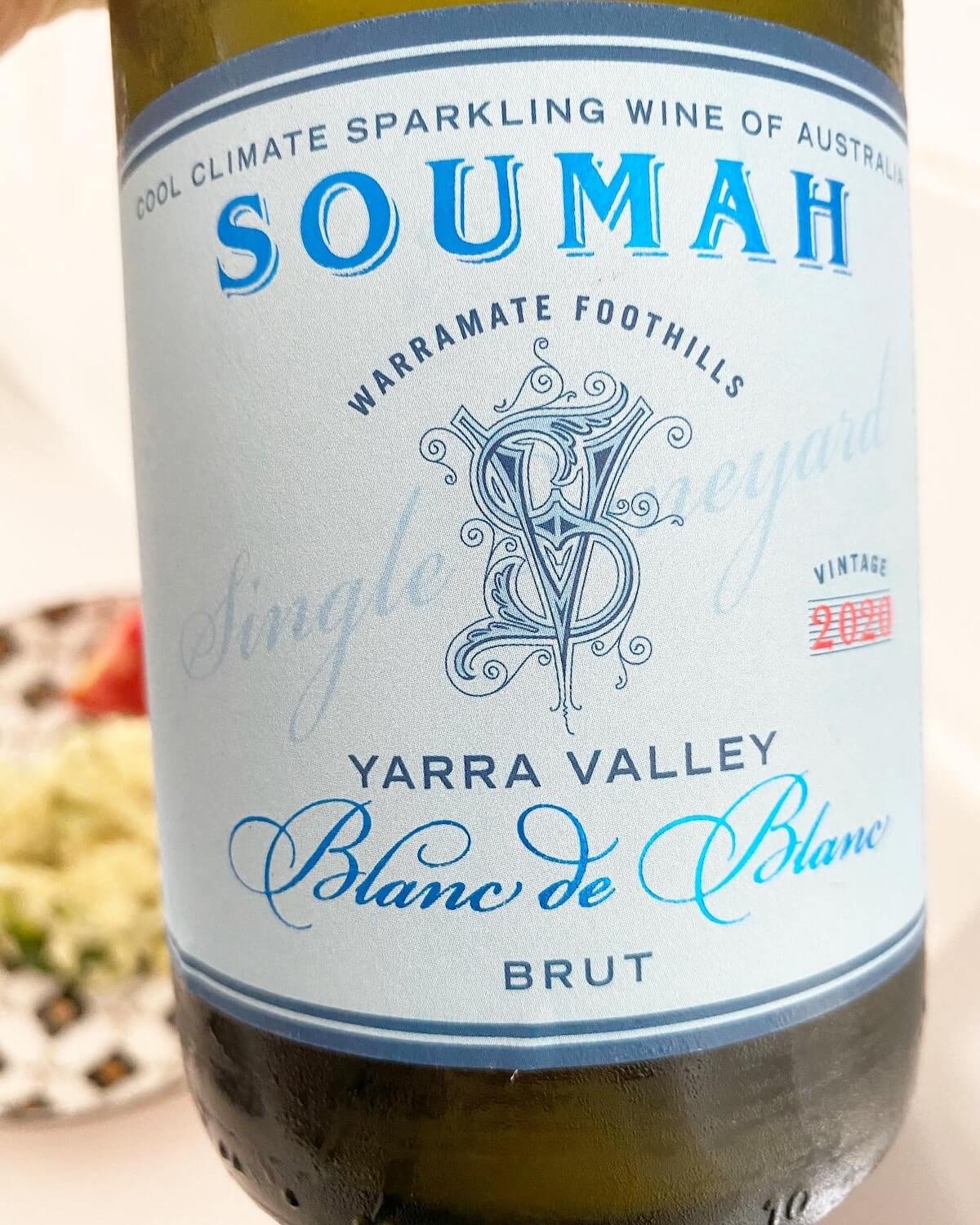 Welcome to the world the very first classic sparkling wine from Soumah Wines in Victoria’s Yarra Valley wine region! Firstly a big thank you to Soumah for kindly sending this sample* bottle our way, it was a true pleasure getting to know your new bubbly addition. This is a Blanc de Blanc, so it’s made…

With a Celtic logo and a very Irish sounding name, I was sure Carilley Estate was going to be owned by an Irish family. The Estate is located at the upper end of the Swan Valley on the banks of the Susannah Brook. Wine barrels are set amongst the lush gardens and immediately I can…