I can’t think of a more perfect way to spend a Sunday than wrapped up in warm clothes in a room full of oak barrels full of wine and tasting my way through 12 different wines and all before the clock strikes midday!

I was very lucky to be invited along (thank-you Haley!) to this exclusive VIP Cellar Club Members Back Vintage Tasting at Upper Reach Winery in the Swan Valley. The tickets were $35 and well worth it in my opinion. Alongside the wines there were cheese and crackers to enjoy. The tasting was well set up with plenty of water to rinse the palate between flights and also plenty of spittoons, which I tend to find lacking at a lot of tastings I go to. Since I was driving I had to spit. In my post here you can find out why people spit at wine tastings, and it’s not only if you have to drive!

The owner’s of Upper Reach, Derek & Laura first bought the 10 hectare property in 1999 so they are still rather young with 15 years under their belt. However after attending the tasting today I can definitely say that this is one of the Swan Valley wineries that you should definitely be keeping an eye on, or your ‘palate on’ I should say.

The Back Vintage 2014 Tasting was led by Derek who is not only an owner but also the Winemaker. As well as their new Cellar Door Manager, Renee Christenson who was simply bubbling with wine knowledge and enthusiasm. There were only about 30 participants at the tasting so it was nice and intimate and it was great to have wee chats to Derek, Laura and Renee as they circulated around the two tables pouring the wines for everyone.

We ended up doing 4 flights over the 1.5 hour tasting and it was simply fascinating to taste how the wines have developed over the years when comparing them to the newer vintages. Some of the wines we tasted weren’t even for sale as they have a very limited number of bottles left, it was great to have the opportunity to try such exclusive wines however naturally those were the wines I fell completely mouth over glass with and sadly i couldn’t take any home with me!! Ahhh.. it’s a tough life!

So what did we taste?? I have outlined the 4 flights below and some quick notes on each wine.

After typing all that out, I can’t believe we managed to get through all this before 12pm! It was a fantastic tasting in a great setting and I would recommend this type of experience to anyone who enjoys the odd wine or two. Derek is a very down to earth guy who speaks about wine in a way that people of all levels of wine knowledge can understand and enjoy.

If you’re interesting in attending next years Back Vintage Tasting all you need to do is simply become a member by joining the Upper Reach Cellar Club, the membership is free however you sign up to order 3 cases of wine per year. Plus there are tons of benefits like 20% off at the cellar door and help with organising your own personal cellar! To find out more or to sign up for the Upper Reach Cellar Club click here. 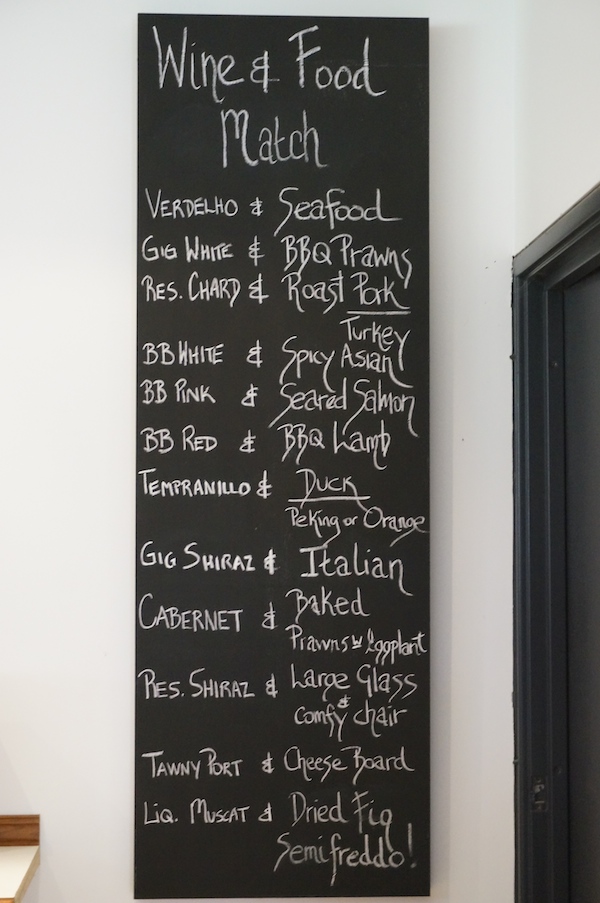 I was lucky enough to bump into Meg, the Perth cupcake goddess of Curvaceous Cupcakes at one of the Guildford Fairs a couple of months ago. Since then I have been absolutely addicted to her Facebook and Instagram feeds. Meg mentioned recently she had a mulled wine recipe and I just knew I had to try… I have been hanging out to try this brand new Western Australian made sparkling wine for so long now! If you haven’t already heard, this is 3drops first ever sparkling wine. The 3drops Blanc de Noir 2017 is made from 100% Pinot Noir grapes from the 2017 vintage. It’s made in the traditional method which… So last night for International Chardonnay Day we cracked into this bottle of Eastern Reach Eden Valley 2018 Chardonnay which I received as a sample from Cellarmasters who sell it for $26 per bottle in a case.