I don’t know how they do it, but CMS Events have brought yet another fabulous wine event to Perth. Following in the steps of UnWined WA in Subiaco and Sunset Wine in Scarborough, City Wine is smack bam in the city centre of Perth at the Urban Orchard at Perth’s Cultural Centre. Big thanks to CMS for inviting me along!

In all honesty, $25 is a bargain for a ticket. This gains you entrance into the event, FREE wine and food tastings, live music and such a fantastic atmosphere. Plus it’s literally 100 metres, if that, from Perth central train station so there’s no need for a sober driver!

I wanted to get in early so I could bring you a blog post before it finishes, so please be warned I have been sipping on wine for the past 4 hours so excuse any spelling errors 🙂

I’m a girl all about convenience. I obviously like to drink wine and I like to be able to do so without having to worry about driving home afterwards. City Wine is literally a hop, skip and a jump from Perth central train station. It’s the perfect location.

I’ve previously been to the Grill’d Burgers & Feral Brewery pop-up at the Urban Orchard, and it’s the perfect location for such an event. A pop-up wine festival = Genius.

It’s a nice setting, the stalls surround the outside with plenty of mingling space in the middle and if it was to rain you wouldn’t really need to worry as the marquees seem to cover enough. The event is the perfect size to be able to get around everything, I always hate getting home after something like this and then spotting on social media something I missed out on!

The live music was fantastic, when I was there, Stella from PROOF Perth was singing and her voice was stunning, she covered some great songs like ‘You’re the one that I want’ from Grease but in her own unique way which I thought was very cool. The live music is set up under a large marquee with funky pallet furniture and stools, it’s definitely the social area!

Overall I was surprised how quiet it was on the Friday night. However saying that, I am a seasoned wine-festival goer so I learnt very early on to head to these things early before it gets packed out. To be honest with you though, it was perfect for me, as it made for comfortable wine tasting, you could speak to the guys and girls on the stall and you didn’t have to wait around for drinks or food. Patience is not a virtue of mine, hence why my wine cellar is made up of 6 bottles.

The stalls you cannot miss…

Most of the stalls are wine related, which is right up my alley and I think this is the case for most of you too, however there are some food and produce stalls dotted along the way to soak up those wine tastings. There are wines from the Swan Valley, Frankland River, Margaret River, Geographe and Manjimup. It’s actually the perfect time for a wine festival as many of the wineries have new releases coming out at the moment.

Anyway enough babbling (that’s what 4 hours of wine tasting does to ya!), here were some of my favourite stalls at City Wine 2014:

Chapman Grove Wines from the Margaret River
My first stop at the festival, was a recommendation from the lovely Cooking 101- Learn Create Inspire who had recently mentioned how she enjoyed the wines so much! I started off with their award-wining SBS however it was their Chardy’s that got my attention.

Their  2011 Chapman Grove Reserve Chardonnay was a WINNER in my books! Delicious and for $24, a bargain. The 2008 Atticus Chardonnay was also a big tick from me, however the 2011 stole my heart. Settlers Ridge Organic Wines from the Margaret River
This is why I like the CMS Events, because they’re full of boutique wineries and most of the time you’ll find yourself chatting to the owner or winemaker. On the Settlers Ridge stand this weekend is Kaye who owns Settlers Ridge with her husband Wayne.

What sets Settlers Ridge apart is that their wines are; asthma & allergy friendly, low in natural preservative, vegetarian and vegan friendly, they’re recommended by naturopaths and 3 of the wines from the range are 100% preservative free.

Kaye is a super lovely person who is full of wisdom on all things organic. I came away feeling fulfilled with new knowledge and I just felt healthier for drinking her wines! Plus she reckons your hangover won’t be so bad the next day after drinking her wines.. I may need to test that out! Fuddling Cup
Again, lovely people and seeing as they only do a Cab Sauv and SSB it makes decision-making very easy! They do however have a few vintages of their Cab Sauv, the 2006 and 2008 are made from grapes from Geographe and the 2010 is made from Margaret River grapes.

The 2010 actually won a silver medal at the 2012 Decanter world Wine Awards which is big stuff. Seeing as they’re selling it for $46 for 2 bottles at the festival, you’re in for fab deal! Plus they don’t actually have a cellar door so they have some fabulous case specials on too. It was also great to meet the lovely Amanda from the The chef, his wife and their PERTHfect life blog at the stall whose Perth food reviews I love to follow! Swooning Magpie from Yallingup
Swooning Magpie are located in Yallingup in the Margaret River Wine Region and they have some fantastic deals on. Good wines at great bottle prices. Most bottles are sold for $20 or under at the festival. My favourite was the oaked Semillon and the Chardy was not too bad either (plus only $12 a bottle!). Woodgate Wines from Manjimup
Mark the part-owner and winemaker is a fabulous fellow who convinced me back in 2012 that there are some good Aussie Sauv Blanc’s. I couldn’t help my self and had to go and have a chat and wee tipple or two.

They’re one of the only exhibitors who have a sparkling wine at City Wine, so if you’re a bubbles lover then head here to try their Bojangles Pinot Noir/Chardonnay sparkling wine. Plus it was awesome to hear that they’re working on a Fumé Blanc which is a  Sauvignon Blanc which is oak aged/had special attention by the winemaker. And that’s not all there is a straight Chardy to come and more. Mark is really into trying out new things, so I’d be keeping an eye on Woodgate if I was you, I sure will be! Just In Time Gourmet
After all that wine, a girl has got to have some food! JITG has free foodie tastings on offer at the event from chocolate to crackers with jams/oils/dukkahs etc… It’s a pretty tasty stop on your City Wine itinerary.

Justin on the stall will take good care of you and you’ll be sure to get a free magnet and if you purchase you’ll also get a copy of The Potato Diet recipe book by Jo Beer. I joked that I was only purchasing because of the book, however it was a big pull.. I’m a potato girl through and through. I could go on forever and ever, but I need a top up so I’m going to quit my yabbering here. If you have the time, I would highly recommend heading to City Wine this Saturday folks!! 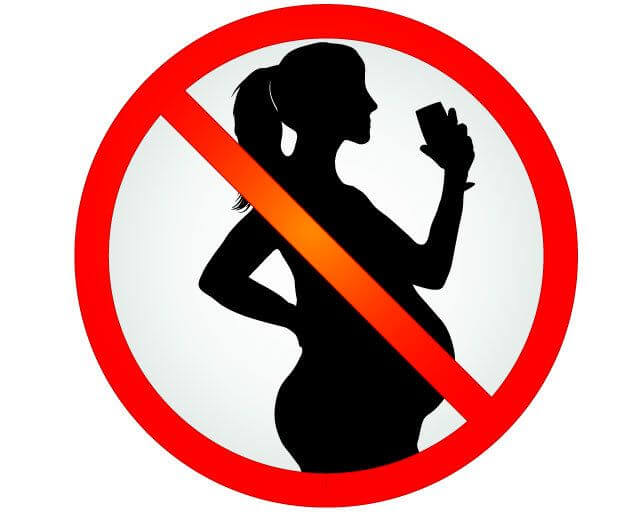 Yes this is totally what you think it is. I’m pregnant! In fact, Mr Spittoon and my baby boy is due to arrive next month! Yes, March 2020.

I have to admit I was just a little bit excited to hear that the Travelling Corkscrew received a Liebster award by the lovely Amanda from The Chef, his Wife and their PERTHfect life blog! The Liebster Award is given by bloggers to other bloggers. We all love what we do, but behind all that wine…

If you’re hitting the Swan Valley for a full day, the Upper Reach Winery has to be your lunchtime stop. Set on a picturesque piece of land beside the Swan River, you will be in awe as you enjoy a tasting and a bite to eat. Upper Reach is a modern family-owned winery that simply… Apparently it is this Tuscan city that turns your average person into an art gallery loving freak… Yes I could see how that could happen but in our case it did not. The simple reason is we would much rather buy a couple of nice bottles of Chianti than pay 11€ each to see David’s…