There is no doubt about it, Mandoon Estate put the GRAND into Grand Opening! Red carpet, dessert station, live music, beers and wines flowing all night. I felt a bit like a Hollywood star to be honest!

I was lucky enough to be invited to the grand opening by the team at Mandoon Estate (thank-you!). Having previously visited the venue when Mandoon & Homstead first opened their doors in September 2014 I was more than happy to head back for the celebration. Plus I have a feeling when our new house is built we will be quick to become weekend regulars since we’ll be a short bike-ride away (yes cue the geeky, jumping up and down excited dance!).

So how was the party you ask? Unbelievable! In order to ‘be good’ I stuck to drinking the bubbles all night which I absolutely love. Mr. Spittoon was the official TC beer taster for the night and he was thoroughly impressed with the brews. It was great to see the new Munich style ‘Brauhaus Lager’ out on tap which the bar staff told us the keg had been tapped about 2 hours beforehand! Mr. S still likes the trusty Belgian Pale Ale ‘No1 Premier’. Which I have to agree is very tasty. 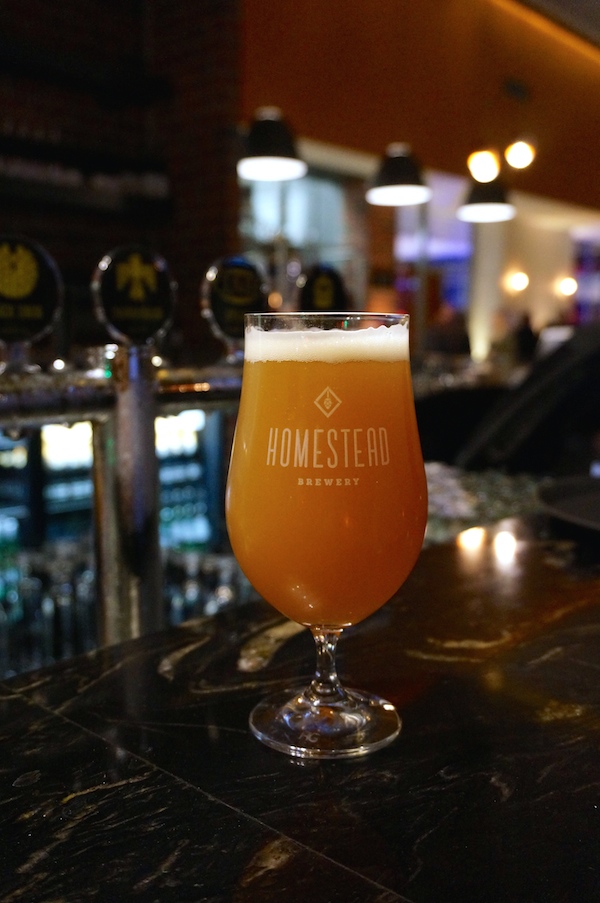 What I have loved about all my visits to Mandoon is the level of service from the staff. They are always so happy and actually enjoy helping you. One of the first things I noticed when I came to WA was a severe lack of good customer service, I don’t know if I was just going to the wrong places but it seemed like everyone in a customer service role really hated their lives which as a customer is not inviting. Mandoon literally wowed the socks off me with their customer service right from the get-go and the grand opening was no exception. Well done guys!

To soak up all the glorious booze we were downing there was plenty of delicious bites to munch on. In the brewery, the oh so friendly serving staff were walking around with delectable canapés – the mini shepherds pies, mini bruschetta and buffalo wings with blue cheese dipping sauce were soo awesome (I didn’t even take a picture of the wings as I gobbled them up so quickly)! I think the buffalo wings were even better than when I had them for lunch on my first visit, they had such a tasty hot bite to them on this particular night (hint hint Chef).

But that’s not all folks! Alongside the above there was a fresh seafood and sushi station (I think I ate about 2 dozen of the freshly shucked Tasmanian oysters! Yes I was that girl hogging the space right in front of the table), a Peking duck wrap station and my oh my a dessert station.

And yes, again I was that girl being dragged away by Mr. Spittoon because I was in heaven. From mini chocolate delights to freshly torched crème brûlée and tiramisù. With a glass of bubbles in hand and a handful of bite sized desserts in the other, I was in HEAVEN!

So in amongst gorging on all the heavenly delights I was lucky enough to meet the lovely Darry Wall the Bars Manager, Travers O’Rafferty the General Manager and Ryan Sudano the Senior Winemaker. It was great to hear that everyone was so happy with the venue and how it has been going over the past few months, plus it sounds like there are some great things coming in the future! Actually it was only last week that Homestead released their brand new ‘Krush’ apple cider which is made from fruit from the Perth Hills. I am yet to try it, bring on the weekend!

It’s safe to say Mandoon & Homestead are a shining star in the Swan Valley and just between you and me, I have a feeling this venue is going to keep surprising us by bringing us more and more awesome and tasty experiences.

A huge thank-you to all the team for inviting myself and Mr. Spittoon along, we’ll be seeing you soon! Here’s a fun fact for you. When Mr. Spittoon and I arrived to Perth for a visit (which has now turned into a 5 year visit!), the very first Western Australian and Swan Valley cellar door we visited was in fact John Kosovich Wines. So the question is, why in 5 years have I not…

A few weeks ago I was lucky enough to attend the Perth Royal Wine Show 2014 lunch with a lovely bunch of winos. 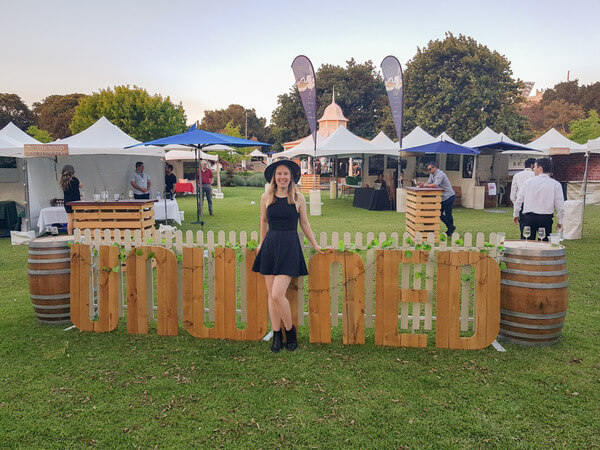 Yesterday I headed along to Unwined Subiaco. The Travelling Corkscrew absolutely loves this event and since she was unable to head along with Mr Spittoon, I happily went along in her place. A big thank you to Richard and the team at CMS Events for inviting us along for the day. If you’re looking to…

Wine tasting in a shed. I like it. When you think about it, wine is all about farming anyway. Gumboots, tractors, and getting your hands dirty. It is the wine snob at the end of the day that likes to glamour it up. I have to admit Lancaster Wines are modern and funky yet down…

Tyler’s Vineyard Sparkling Grenache Rose I love the rustic nature of visiting Tyler’s Vineyard. There are kids, chickens, sheep, geese and a dog roaming around the tin-shed cellar door. Tyler’s is a family owned vineyard who grow only one grape variety, Grenache. From this one grape variety they produce a white, rose, red, fortified and a…

Harris Organic Sparkling ‘Madeleine Claire’ Chardonnay There are not many organic wines in the Swan Valley and I have a feeling Harris Organic may be the only one doing organic sparkling. This sparkling wine is made of 100% organically grown Chardonnay grapes which are handpicked. Natural yeast is used for fermentation and the wine is…