Today on the blog I am excited to welcome the Cellarmasters team to share with us some insights on vegan-friendly wine. I have been meaning to add something on the blog about vegan wine for awhile. I hope you enjoy it and thank you Cellarmasters for sharing such great content with us!

Nearly 2.5 million Aussies (12.1% of the population) are vegetarians, and despite limited figures regarding vegans, Australia is reportedly the third fastest-growing vegan market in the world. With more Australians than ever going vegan, there has also been an increase in demand for vegan wines.

“Many wine lovers are surprised when they find out that wines are not necessarily vegan friendly due to winemaking techniques.  As wine is made using grapes, it’s not surprising most people assume a wine is vegan,” says Gwyn Olsen, Chief Winemaker at Briar Ridge and Pepper Tree Wines in the Hunter Valley. 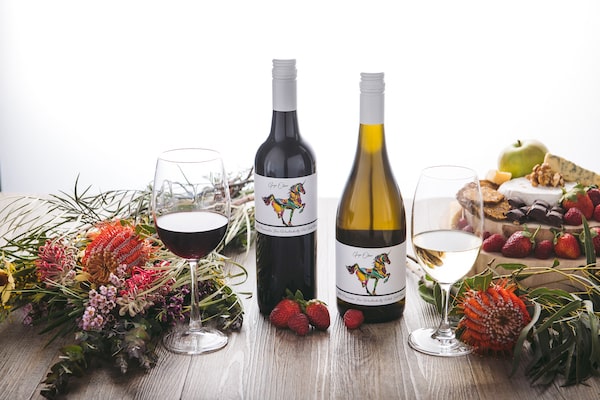 Just in time for World Vegan Month in November, Gwyn shares everything you need to know about vegan wines.

When a wine is first made it can look cloudy and less appealing, with floating, cloudy bits in it. To remove the cloudiness, winemakers use fining agents, which are like magnets that attract the floaters so they are easier to remove. The most common fining agents used in winemaking are casein (a milk protein), albumin (egg whites), gelatin (animal protein from boiling animal parts), chitin (fibre from crustacean shells) and isinglass (fish bladder protein). In other words, exactly the things vegans are trying to avoid!

The good news is there is a range of animal-friendly fining agents that can be used to make vegan wine. Many of these alternate fining agents are earth based such as clay (bentonite), limestone and silica gel. Activated charcoal can also be used, as well as plant based fining and vegetable plaques.

3. How can I tell by the bottle if a wine is vegan?

If you want to avoid non-vegan wines, look out for disclaimers on wine labels that contain the words: “May contain traces of egg white or fish products”. However, winemakers are not required to list all fining agents, so to be on the safe side, go for a bottle that has a logo that says the wine is “Vegan friendly” or states that the wine is “vegan”. With the rising demand of vegan wines, more winemakers are labelling their wines as vegan to promote them.

Yes, vegan wines can age just as well as conventional wines. However, if your wine is also preservative-free, it’s best enjoyed within a year if it’s a white wine or Rosé, and perhaps two to three years if it’s a red, as the tannins from red grape skins have natural preservatives.

Do you have a favourite vegan-friendly wine? Let us know below in the comments!

It is so nice to walk into a hostel and feel right at home straightaway. Euro Lodge is literally a 10-minute walk from Edinburgh Haymarket station. It is down a dinky cobblestone back road lined with triangular shaped houses. It is in number 39 that you will find Euro Lodge. It is not really a…

Slow Roasted Pork Belly, Caramelised Onion and Spiced Apple Woodfired Pizza – where? what? who? I MUST try that! Yes this is pretty much what ran through my mind as soon as I heard about such an interesting sounding pizza concoction! The Laughin Barrel is a bit further up the Valley in Baskerville however it’s worth…

We managed to find a train that would take us straight from Salerno to Rome, which was fantastic (that is after we made it through the horrendous bus ride from Amalfi to Salerno!). We decided to make a seat reservation and thank-fully we did as the train was packed – a seat makes the 3-hour…