As a part of Taste Great Southern, I was invited to attend a number of wine-focused events, but it also meant that I had some time to go off exploring.

I was hungry for Albany produce and local wine and I wanted an equally gorgeous setting, which, let’s be honest, isn’t that hard when you’re based in Albany.

I took to Google and searched away to find myself a lovely lunch spot and Garrison was my choice.

Perched on Mount Clarence, next to the ANZAC memorial, Garrison offers lovely views of Frenchman Bay.

Lunch And Wine At Garrison When I arrived at Garrison, I made a bee-line for the window seat, just so I could catch a glimpse of the Bay. Before getting to the food menu, I always peruse the wine menu and I was feeling like some Dukes Riesling after hearing about his recent success with James Halliday and Ray Jordan. Next up was the food menu.

And there were plenty of options to try some local produce.

I opted to try a few small dishes as I was having lunch on my own and I wanted to taste as many different Albany treats as I could!

And boy was I full afterwards First up was the Albany Sardines placed on top of a celeriac puree, Spanish tomatoes sauce and rocket.

Now I will have to admit, after having this dish, I will most likely not need to order Sardines again.

Not because it wasn’t a great dish, but rather the Sardine flavour, as I have found out, isn’t really my thing.

The celeriac puree, Spanish tomatoes sauce and rocket work perfectly and help me get through eating the Sardines, which I did eventually polish off Second up was the crispy tofu, chickpea and turmeric batter with a chilli and ginger dipping sauce.

This was delicious. I’m a big fan of tofu and chilli and I thought that this would work perfectly with my glass of Riesling. My third and final dish was by far my favourite. Generally, whenever I see dumplings on a menu, I’m going to order them.

The Dumplings contained cod, ginger and lemongrass with a black vinegar and chilli sauce. I could have just ordered these and I would have been one happy girl. 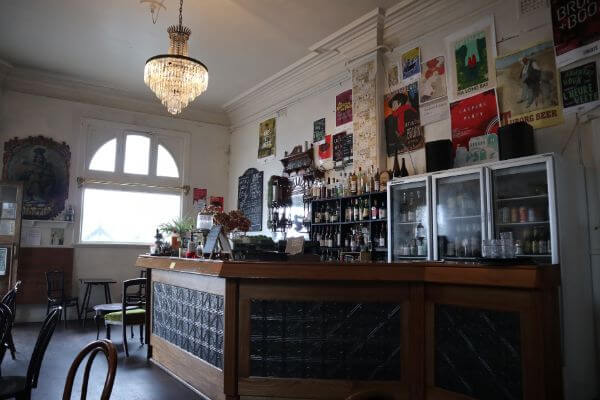 From Garrison, near the peak of Mount Clarence, I moved into town and found myself at Liberte.

Liberte is most recently known for their win at the 2019 Gourmet Traveller Restaurant Awards, where they picked up Bar Of The Year. Not too bad for a regional venue in WA’s Great Southern. Keryn Giles and the lovely team at Liberte in Albany created a cocktail specifically for Taste Great Southern: “Southern Song”.

You may have seen on the Travelling Corkscrew Facebook page that my partner and I had a couple of sneaky cocktails at the Taste Great Southern media launch at Must Wine Bar in Mount Lawley, so it would have been rude of me not to drop in, say hello and grab another delicious cocktail.

And who doesn’t love a wine cocktail!

If you’re looking to recreate this cocktail yourself, you can follow the recipe below:

*To make the Passionfruit Shrub

**Tinned pulp can be substituted if fresh isn’t available.

Sparkling Wine at Due South 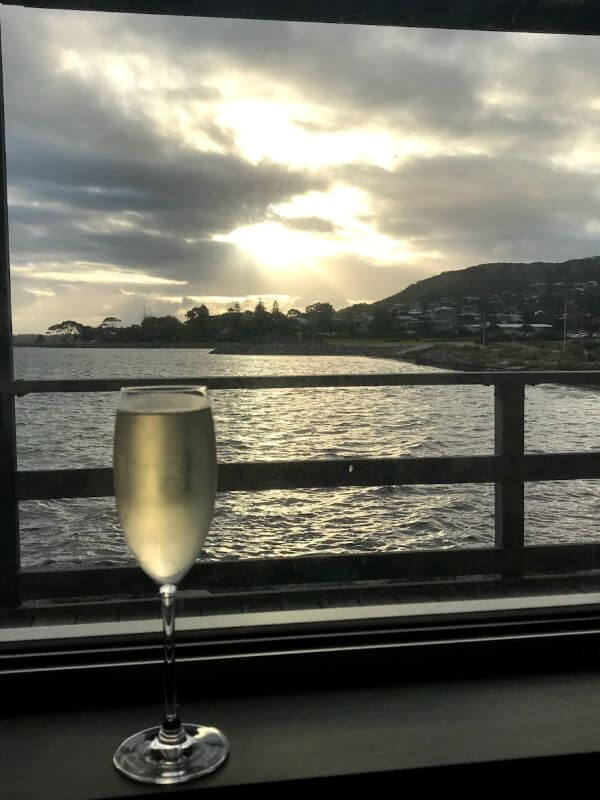 To end my day, I took a short stroll over to Due South, which worked out to be about a 7-minute walk (thanks Google!), where I opted for a glass of the Ferngrove sparkling at $9 a glass while I watched the sunset over the water.

And although I was on my own for the day, the staff at each venue were lovely, accommodating and friendly. A huge reason as to why I will be returning to Albany very soon (but with friends next time). Naomi has been super busy down south and today on the blog she gives us a 2-day run down on what you can do in Denmark, Western Australia (with all activities involving wine of course!). I think I’ve already had my fair share of bubbles this season, and it’s safe to say I’m going to have more! I received this sample bottle from the lovely folk at Good Pair Days (thank you!). If you’re keen to shop with GPD, make sure to use the code ‘travellingcorkscrew’ to get $23 off… Yep, we did manage to get to 3 wineries within the first few hours of being in the Great Southern! After visiting Gilberts, then Galafrey we had lunch with a friend in Mt Barker who said we must stop into West Cape Howe Wines on our way down to Albany. It was a little bit…

I don’t know about you, but accommodation can make or break a holiday in my opinion. There was the bed bug incident in Florence, the sweltering heat and no aircon in Mallorca and then there was the magnificent infinity edge pool overlooking the beach in our own villa in Oman and the über cool make… 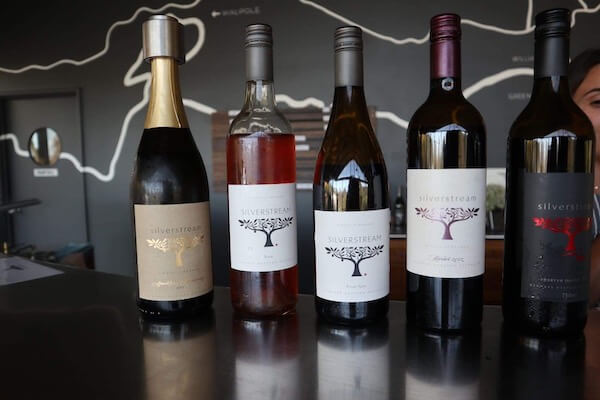 Today contributor Naomi takes us on an adventure to visit Silverstream in Denmark, Western Australia. Grab a glass of wine and sit back and enjoy… Silverstream is a boutique vineyard found in Western Australia’s Great Southern wine region. The cellar door is just a short drive from the town of Denmark on the very pretty… It was on a recent girls trip to Sydney with the Travelling Corkscrew, we were recommended to go and check out a couple of urban cellar doors that weren’t too far out of the Sydney CBD. They included