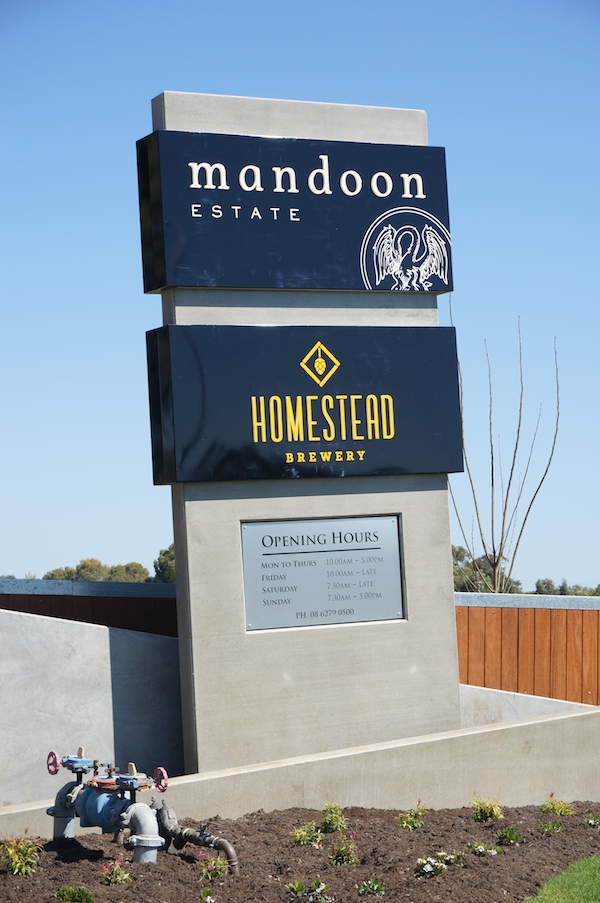 I love it went juicy wine news comes into my inbox, and I have to say, this news didn’t shock me at the slightest but it’s definitely something to shout from the roof-top as it’s a fabulous achievement for our beautiful Swan Valley!

Mandoon Estate recently won, not 1 but 2 awards at the Australian Small Winemakers Show in Queensland. They swept up the award for the Champion Small Winery of the Show PLUS their 2012 ‘Frankland River Reserve’ Shiraz snapped up the top red award, Champion Red. So it’s pretty safe to say that they’re producing some of the best red wines in Australia.

But that’s not all, these awards follow a string of fabulous awards over the last year. When I attended the 2013 Qantas Wine Awards they snapped up some lovely awards. In particular they were named the Most Successful Exhibitor (under 250 tonne) for the second year and they’re hoping to make it a consecutive 3 years in a row at the 2014 awards which will be announced in just a few days on October 31st. Goodluck Mandoon!

Senior Winemaker at Mandoon, Ryan Sudano is obviously doing something very right as there has also been a bucket-full of awards from various wine shows, including the WA Boutique Wine Show, the Rutherglen Wine Show, the Perth Royal Wine Show, the Swan Valley Wine Show and James Halliday has named Mandoon Estate one of the ten Best New Wineries in his Wine Companion for 2015.

Mandoon Estate was established in 2008 by the Erceg family and the winery was established in 2010. The property has recently had a huge makeover and now is home to not only the cellar door but to the Homestead Microbrewery, fine dining restaurant, outdoor beer garden and children’s playground, deli, function rooms and soon to be art gallery down by the river. You can see all the photos and read all about it in my post – The New Homestead Brewery & Improved Mandoon Estate Cellar Door in the Swan Valley.

For more information, please check out the Mandoon Estate website. Opa! It’s an Eastern European way to say ‘cheers’. And by goodness did I say (yell) it a few times last Sunday. Yes I was just a little bit thrilled to be at the brand spanking new Little Black Dog Wines property in the Swan Valley. A huge thanks to Tash and family for inviting us along, we…

Not just for penis-tiara wearing hen’s do parties… All aboard the Pink Bus! When a scoopon came up for a half day Swan Valley Wine tour for 2 PLUS a bottle of wine for AU$79, I just couldn’t turn it down. I have to admit I was a bit worried about how I was going to get… It’s great to see Naomi has been heading out to the Swan Valley a lot recently. Since moving over to the east coast, I am living vicariously through her. Recently she headed along to Pinelli Estate Restaurant for what looks to be an amazing night of great wine and food! Last month my partner Bryce… What a year 2017 has been so far for Western Australia. If you’re not aware we have had a very cool summer with plenty of rain. So much rain in fact that some of the vineyards in the Swan Valley have literally been drowning. Unfortunately Sittella is one of those vineyards which has lost some…

Harris Organic Sparkling ‘Madeleine Claire’ Chardonnay There are not many organic wines in the Swan Valley and I have a feeling Harris Organic may be the only one doing organic sparkling. This sparkling wine is made of 100% organically grown Chardonnay grapes which are handpicked. Natural yeast is used for fermentation and the wine is…

Wine tasting in a shed. I like it. When you think about it, wine is all about farming anyway. Gumboots, tractors, and getting your hands dirty. It is the wine snob at the end of the day that likes to glamour it up. I have to admit Lancaster Wines are modern and funky yet down…