It may not outweigh beer consumption but viticulture in the Czech Republic is amongst the oldest in Europe. The first evidence of cultivation of vines dates back to AD 280 when soldiers of the Roman Emperor Probus planted grape vines in Pálava. The majority of vineyards are located in South Moravian near Brno however during the month of September you never have to look far for a quick tipple.

The Old Town Square in the center of Prague was recently celebrating the Czech harvest from the 13-26th of September with stalls of traditional food to plenty of stalls with wine and in particular Bur?ák in large white drums for 25 Crown a glass (approximately 1 Euro).

Let me explain firstly exactly what Bur?ák is. It is the wine straight from this year’s harvest, partially fermented young wine (actually it is more rightly the ‘must’, but that doesn’t sound as pleasant to drink now does it!). The cloudy pastel yellow coloured juice is surprisingly a very easy drinker. It is sweet and basically tastes of grapes and yeast with an alcohol content of about 5-8%. Lucky for me I would of drank a good couple of liters during my stay in Prague because since then I have found that that it actually has health benefits. These being a high Vitamin B content as well as rich in other essential minerals. I knew all those glasses were for the greater good!

If you like to mix your wine sampling (including Bur?ák) with a medieval theme, think castles, knights, swords, jesters then you must visit the Karlštejn Wine Festival. This year the festival happened over the 24th-25th of September. Karlštejn is located 40 minutes by train from Prague; a return trip will cost you less than 4 Euros. This annual ‘Wine Harvest Festival’ is a medieval gastronomical quest, which projects you into the medieval times of the Holy Roman Emperor and Bohemian Kind Charles IV (the man we have to thank for establishing vineyard’s in the areas around Prague). There is endless Bur?ák to sip on as you stroll through the village and head up to the castle with Czech food specialties waiting to wash the new wine down with. These include; Trdelnik’ – swirled bread covered in sugar, vanilla, almonds, nuts, toffee and cinnamon to a deep fried dough covered with garlic, ketchup and cheese. Luckily the Bur?ák has so many health benefits that it outweighs the unhealthiness of the food hey!

The cost to get into the festival is 80 Crown, around about 3 Euro. It is not heavily touristy as most of the people there were Czech so it really is a good event to attend to get a true feel for the Czech wine industry.

If you can’t make it to the festival but are interested in hunting down some Bur?ák on your next Czech trip, make sure you get there during September when it’s at its freshest. Bur?ák can only legally be sold between the 1st of August and 30th of November.

Have a great trip!

For more photos check out my facebook album here.

Yay!! This is the second instalment of my monthly top wine finds. I can’t believe how quickly July passed by. It seems like the older I get, the quicker time goes by. It really makes you realise that you need to appreciate all those good things in life every single day.. And wine is one… 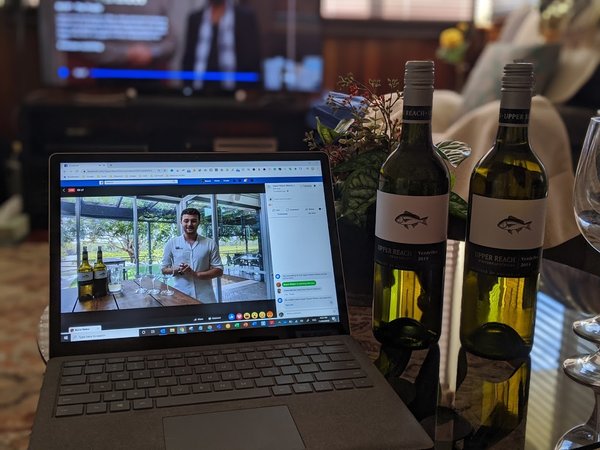 We’re being presented with so many unknowns as each day passes. COVID-19 has taken over most of our conversations as we struggle to come to terms with “the new normal”. Many small businesses, like our winemakers, are also being impacted by this new norm. But like many industries are paving the way for new innovations,…

I had only time to visit one; it was a decision between ‘The House of Hungarian Wines’ and ‘The Royal Wine House & Wine Cellar Museum’ (Kiralyi Borhaz es Pince Muzeum). I think it was the Royal in the name that made that decision rather quick for me as well as having the chance to…

An easy day-trip out of Perth is the first inland settled town in Western Australia – York. The cute country town in amongst the green rolling hills is a mere 100km from Perth city. It was my first visit to York since moving to WA and I was pleasantly surprised to see signs throughout the…