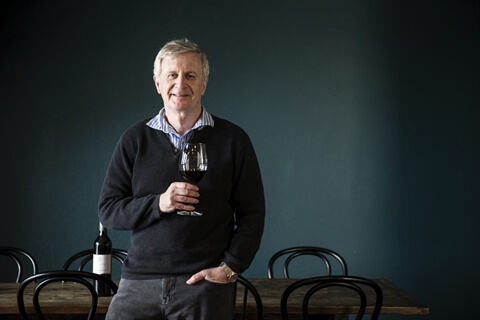 I was asked by the City of Swan to be the blogging ambassador for Entwined in the Valley 2016 and it’s safe to say I was extremely excited by the opportunity! Especially when it involves chatting to one of Western Australia’s biggest names in the wine industry – Ray Jordan! As the Wine Editor for The West Australian and with over 40 years of experience in the wine industry, it’s say to say Ray is one big wino! You can read more about Ray on the Entwined website here. He was recently at Mandoon Estate to work on the wine and food matching for the main event of Entwined in the Valley – the Degustation Dinner on Sunday 6th of November headlined by the ‘Punk princess of pastry’ Anna Polyviou alongside local foodie talent Kiren Mainwaring, Hadleigh Troy and Michael Hartnell who have custom designed an unforgettable menu. But if you’re anything like me, then you’re wondering all about the wine and what Ray’s thoughts on the Swan Valley wines are. Here’s what we chatted about…

Why did you choose to align yourself with an event like Entwined in the Valley?

I guess the main thing is I’ve always had a lot of affection for the Swan Valley. I think it’s been an area that tends to be overlooked. Yet, over the years it’s been a fundamentally important part of the West Australian wine industry.

Because of its struggles to maintain its identity and to some extent its relevance in modern wine, I’ve always liked to support what is being done within the Valley. For instance, I regularly judge the Swan Valley Wine Show because I think the wines have improved measurably in recent years.

The Swan Valley always has always made good wine – but I think there’s a number of things that are contributing to better quality wine including great viticulture skills, tremendous wine making and winemakers trying some new and interesting things.

When you start to then combine the wine, food and the produce from the region, it just sort of makes sense to me. Really when you look at what the Swan Valley is doing these days, there’s so many things happening. It’s not just a wine region with a few restaurants. The food and the restaurants in the area are very good and there’s new ones opening up annually and they’re producing great food. Plus there’s all of the other attractions in the Valley; there’s chocolate, there’s spirits, there’s so many different things you can do.

For me, it just made sense to be part of Entwined in the Valley 2016 and I like to support an event that brings all of the above things together and hopefully highlights the virtues of what a tremendous region the Swan Valley is, being right on the doorstep of Perth.

There are many different wine styles in the Valley, can you tell us a little more about these and the types of food/dishes that would work well with them?

I think the beauty of the Valley is that it produces a number of different wine styles that suit pretty much any type of food.

Firstly there are the aromatic styles, like Chenin Blanc and Verdelho, which can manifest themselves in slightly different styles, but these are varieties that can suit a range of different foods. There have been some really great Chardonnays made in the Swan Valley even though a lot of people think the region is too hot for the varietal to thrive. The region does produces some very good wines in good years, and that’s a combination of smart viticulture and clever wine making. So, from a white varieties perspective, it does produce a number of different styles from slightly lighter styles through to slightly fuller styles, which can suit a range of different foods.

The reds offer again some good alternatives. The thing about Swan Valley reds is that there is generally a softness and a generosity to the wines. They are not highly tannic, assertive and aggressive wines, they’re wines that really are pretty easy to match with food because they tend to compliment the foods quite well.

Then of course, the Swan Valley has got what I still think are some of the greatest wines on the planet and that’s the fortified wine styles.

In Australia, there are two areas that stand out for fortified wines; one is Rutherglen in north-east Victoria and the other is the Swan Valley. I think there’s very little to separate the two in terms of quality. In the Swan Valley, there’s a smaller number of producers but they’re producing some wonderful examples of fortified wines. Taljancich and John Kosovich are producing fortified wines which are phenomenally world-class and they’re absolutely tremendous.

The one final thing I would point out is the use of old vine Swan Valley fruit. I think there is a recognition that some of these vines that are more than a hundred years old really do produce some exceptional quality fruit.

In terms of the Entwined Degustation Dinner, were there any dishes or perhaps, specific ingredients that you thought were maybe a bit trickier to pair with a wine?

Not really, no. The flexibility and range of wine styles in the Swan Valley made food and wine matching pretty simple.

In fact, in a number of instances there were dishes which could have gone equally well with perhaps a red or a white variety. Obviously the weight of the variety becomes significant, but there are some dishes that would happily be enjoyed with both. So I think that says a lot for the styles of wine coming out of the Swan Valley and matching these with food – there’s so many different ways you can mix and match and you’re going to get a pretty good result.

What was going through your mind when picking a wine to go with the famous dessert ‘Anna’s Mess’ – was there certain criteria you were looking for in the wine?

Matching a wine with dessert is actually quite a tricky thing. The famed Chateau d’Yquem (dessert wine from Bordeaux) traditionally isn’t enjoyed with dessert, but instead with pâté at the start of the meal. And this is typically for many dessert wines in France.

With a dessert, you’ve got to be careful the wine and the dessert aren’t offering exactly the same thing – a lot of sugary sweetness. When choosing a dessert wine to match your dessert you want that lusciousness and sweetness but it’s also got to have a pretty crisp acidity. So the wine I have chosen to match Anna’s Mess has got the sweetness and the lusciousness but it’s also got a crispness and an acidity, which tends to then provide a neat balance and you don’t get a cloying mouthful of sugary sweet characters.

The balance is quite tricky with dessert wine and it’s not as simple as saying, well that’s a dessert and let’s get a really sweet wine and put them together, you’ve got to have balance.

What are some of your basic guidelines for wine and food matching that you can pass onto the everyday wine drinker?

I tend to work on the rule that most of the wine & food matching rules you can throw out the window.

This is because reds with red meat and white with white meat are long since passed their used by date as a matching maxim.

Red wine, with say Atlantic salmon is perfect – a Pinot will do the trick. Riesling with duck is a perfectly good combination. So it’s getting the balance between what the food and the flavors are with the style and the structure of the wine. Sometimes, whether it’s red or white is not really critical.

I encourage people to be a little bit adventurous with their matching and don’t confine themselves to narrow sort of maxims. I think where I’d probably draw the line, is something like a big alcoholic Barossa Shiraz with perhaps a delicate piece of Sand Whiting.

So look at what the food is – is it delicate, is it robust? If it’s delicate then cut back on the weight of the wine. But a lot of the time you will stay with whites because they do work well. And if you’ve got some red meat or something like a veal then don’t be afraid to match it with a fairly bold Chardonnay. There are ways you can approach wine and food matching and sometimes it’s best to be a little adventurous and don’t confine yourselves to the traditional thinking.

Would you say that your choices for the Entwined Degustation Dinner are adventurous?

Just one last question, do you have any personal favorites in the Swan Valley?

Yes I do but I’ve got too many to mention and I wouldn’t like to prejudice. Let’s put it this way, my favorites are Verdelho, Chenin Blanc and fortified. And old vine Shiraz.

A big thank you to Ray for taking the time to chat with the Travelling Corkscrew and it’s safe to say you’ve got our taste buds hanging out to see the full menu and wine matches for the degustation dinner! If you haven’t got your tickets yet, book online now!

I had my tickets for the Good Food & Wine Show all ready to go. But then the super exciting news that our keys for our new house were ready to be picked up and after about 16 months of waiting for this moment, there was no way I was going to delay it! Thank-fully…

Out of all the Perth wine festivals in 2014, I’m pretty sure City Wine was my favourite. In 2014 the festival made its debut and I am so glad it did. I had an absolute ball. That teamed up with the festivals convenient location, fantastic participating WA wineries and the fact that it wasn’t too…

“I would love to answer a few questions but when it comes to ‘best’ and ‘favorite’ I cannot not answer those questions. It’s like asking me what my favorite donut or cookie is… I love them all, for different reasons, occasions and constantly changing tastes!” To say I was excited when Madeline Puckette of winefolly.com… 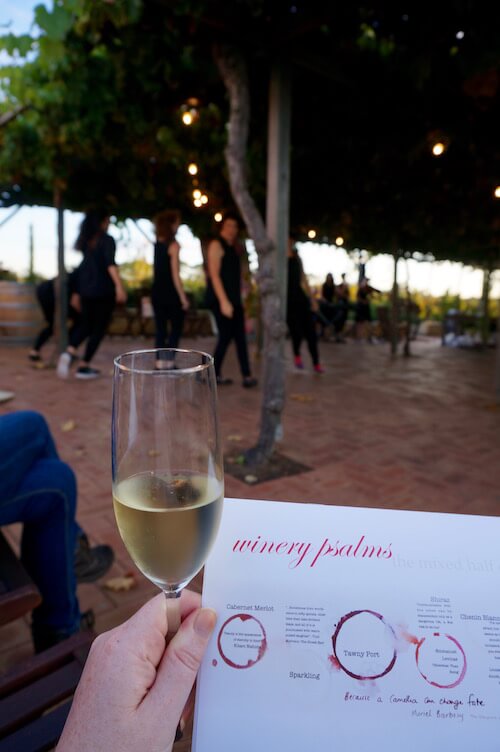 On Wednesday night I popped into Pinelli Wines & Fillaudeau’s to catch a glimpse of ‘Winery Psalms’ – a production by Remnant Dance company that takes you on a journey of wine tasting matched with the arts. I got a taste at the final dress run in preparation for the opening night tonight (Friday 15th). Unless you’ve been hiding under a rock (or had a few too many wines perhaps) you probably know International Cabernet Day is nearly upon us for 2016. Twitter guru, Rick Bakas came up with the concept of #CabernetDay back in 2010 to celebrate how great the beloved Cabernet Sauvignon grape is around the world. Every…