Of course the Germans & Scandinavians liked to add an extra shot of rum or multiple types of liquor to the blend but the typical mulled wine recipe normally consists of red wine and a combination of mulling spices (cinnamon, cloves, allspice, nutmeg, star anise, peppercorn & cardamom) all heated up and served in a mug or thick glass.

Recipes differ and so does the way it’s served but there’s one thing for sure, it’ll warm you up like there’s no tomorrow. Plus you can also get white mulled wine, as well as mulled cider and mead, so keep an eye out for those!

Below I have put together a list of 10 absolutely delicious sounding recipes, if you give one ago please make sure to post a picture and your verdict on my Facebook page or leave a comment below.

What I love about this recipe is the citrus and ginger as they’re both top ingredients to fight off the winter sniffles. Plus it’s literally a 2 step process and doesn’t have a billion ingredients like a lot of other recipes. Simple & quick for kitchen novices like myself and I’d like to think it’s a little bit healthy for you too! View the recipe.

I heart my slow cooker so much. There’s nothing better than dumping ingredients in and then 8 hours later pulling out a fabulous dish that could be restaurant quality. It really is the ultimate cooking for dummies. So when I came across this recipe for slow cooker mulled wine, I just had to share it. Cook on low for 4 hours or high for 2 hours. Easy! View the recipe.

This is what being over 18 years old is all about and this is an invention like no other. Mulled wine meets hot chocolate.. I LOVE IT! Can’t wait to try this one out for myself. View the recipe.

This is a French style mulled wine, called ‘Vin Chaud’ in France. This recipe includes honey and black pepper for that extra zing! View the recipe.

Not only does this mulled Pinot Noir sound delicious but directly on the recipe you can change between metric and US imperial measuring units as well as setting the number of cups you would like to make and it’ll adapt the recipe right in front of your eyes. That’s a smart web page right there! View the recipe.

Being a Scandinavian recipe this glögg recipe must have enough liquor in it to keep those far north people nice and toasty. If you’re looking for a mulled cup of deliciousness that packs a punch then this recipe which includes port wine, brandy and vodka should satisfy your needs. View the recipe.

A twist on the traditional recipe this Swedish hot wine (called glögg in Sweden) has the addition of blueberries and apple syrup with a couple of shots of rum being optional (who wouldn’t add it?!?). View the recipe.

This recipe includes not only wine but apple cider too! The recipe can be made ahead of time and stored for up to 3 days in the fridge. View the recipe.

9. Mulled Wine by Styling You

Styling You’s recipe is easy to follow with plenty of citrus in it. It’s a variation of Jamie Oliver’s mulled wine recipe (which includes a hundred billion ingredients hence why it didn’t make my list!). View the recipe.

Ok so this recipe is not technically for mulled wine as a drink, but I couldn’t resist. Mulled marshmallows… Need I say more!! View the recipe.

Check out this fab mulled wine recipe by Curvaceous Cupcakes which featured on the blog recently (tried and tested, it’s sooooo good!). If you’re not keen to make your own then you might find that a few bars and restaurants around will do it in winter. Plus you can also buy mulled wine spices online and in shops.

There’s nothing like a luxury weekend away to look forward to after a never-ending week at the office where everything seems to be going bottoms up. Lucky for me, the Sultanate of Oman is a mere 2 hour drive from Dubai which means I got to experience a weekend away like no other – A-lister… I’m a big fan of lying in on Saturday and Sunday mornings and catching up on my reading. One of the blogs I regularly follow, Girl +Beer has a fabulous idea! Every Thurs/Fri she pops up a post about interesting articles and news bits and pieces for her readers to check out over the weekend…. 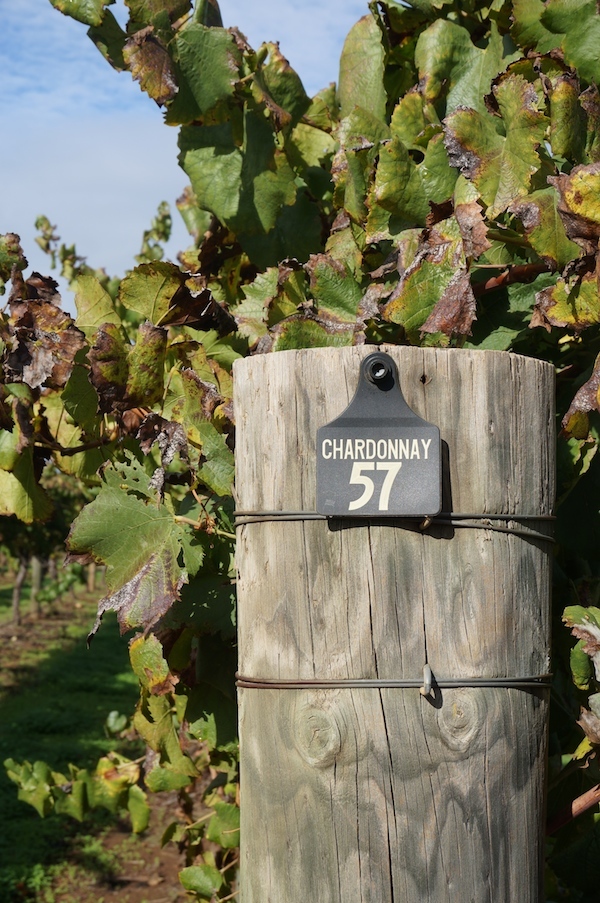 I say we make changes, no longer should there be an ABC Club (aka Anything But Chardonnay) but more so and rightly so, it should be the ‘Anything But Crappy Chardonnay’ Club. I literally scoff at the number of people who I meet who say they’ll never touch a Chardonnay with a 30-foot pole. I…

I’m Casey and I LOVE wine. I am currently based in Gippsland (VIC, Australia) and started the Travelling Corkscrew wine blog over 10 years ago. Read my story here.

Please note the below links and some links on this blog are affiliate links, meaning at no cost to you, I will earn a commission if you click through and make a purchase. What I’ve been drinking recently